We’ve reached that point in the year when people think, “Stuff it! It’s nearly Christmas. Might as well not bother now until the New Year”. Slimming clubs will see a drop-off, not only in new members but also attendance. In fact they know in advance that this will happen because it’s an annual event, so they take away all the free offers in December because nobody’s going to use them anyway. Weight loss figures will drop to the point where they’re weight gains, pretty much across the board. But that’s ok, because there will be so many “free to join” offers in the New Year that the clubs will be innundated with new members come January. And from my experience, two thirds of those new members only join to get the free plan material and you won’t see them again. At least not until next year when they do the same again.

What are the stats for Christmas weight gain?

The average weight gain over the Christmas period is 5lbs (2.2kg). In calorie terms that represents approximately 17,000 extra calories. That sounds like a completely unattainable number, but when you think that the typical calorie consumption on Christmas lunch alone is over 5,000 calories, perhaps it’s not so unrealistic after all, when you take all the parties into account. Not to mention all the “foods” we have around that we wouldn’t normally buy. Nuts, sweets, chocolate, alcohol, fizzy drinks, crisps, mince pies, and more besides. And we buy it for Christmas but we eat it as soon as it’s in the house and we have to buy it again.

And how about losing the weight?

Despite the influx of new members to slimming clubs and all the New Year’s resolutions, by March, most people will still be heavier than they were in September. So we get into trying to lose weight for the summer instead, except that doesn’t always work because although the food we eat in the summer tends to be lighter, dressings, drinks, and other more summery snacks can still cause us to gain weight. And before you know it you’re back to September, the kids are back at school, and you’re back to putting it off until the New Year. At least, that’s how it was for me.

So what can I do?

I can only tell you what I did. I looked at how I ate and what I ate. I didn’t wait to start on a Monday but started straight away. I found a method that worked for me that didn’t just teach me to blindly follow a plan but taught me about nutrition, how to shop, how to cook, how to handle my emotional eating, how to fuel my body for exercise (which I also took up), and so much more besides. And when it came to Christmas, I made it one day. I cooked and ate whatever I wanted, but I didn’t buy all the additional stuff that most people buy. I made mince pies so I knew what was in them and I ate my fair share. I bought in some extra booze but only enough for Christmas day and Boxing Day. I went out to the pub for New Year’s Eve and took a limited amount of money so I would couldn’t get into rounds and would only drink what I wanted. I gained 1lb over Christmas and New Year, and it was gone by the end of that first week of January.

So that was me. It’s all doable. You just need to make a decision and commit to it.

Hello. My name is Lynne and I’m a secret eater. It started as a way of having something that was just for me. I’d just had our second baby and 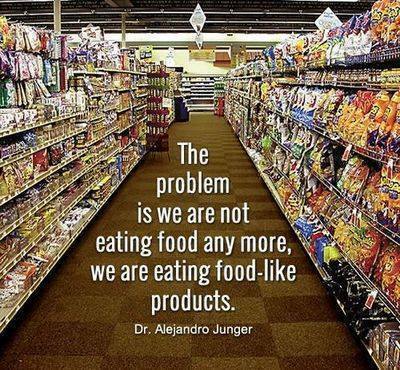 The other day, I went live on my Facebook page, talking about why I do what I do. And in the middle of the mess somewhere, there was a bit